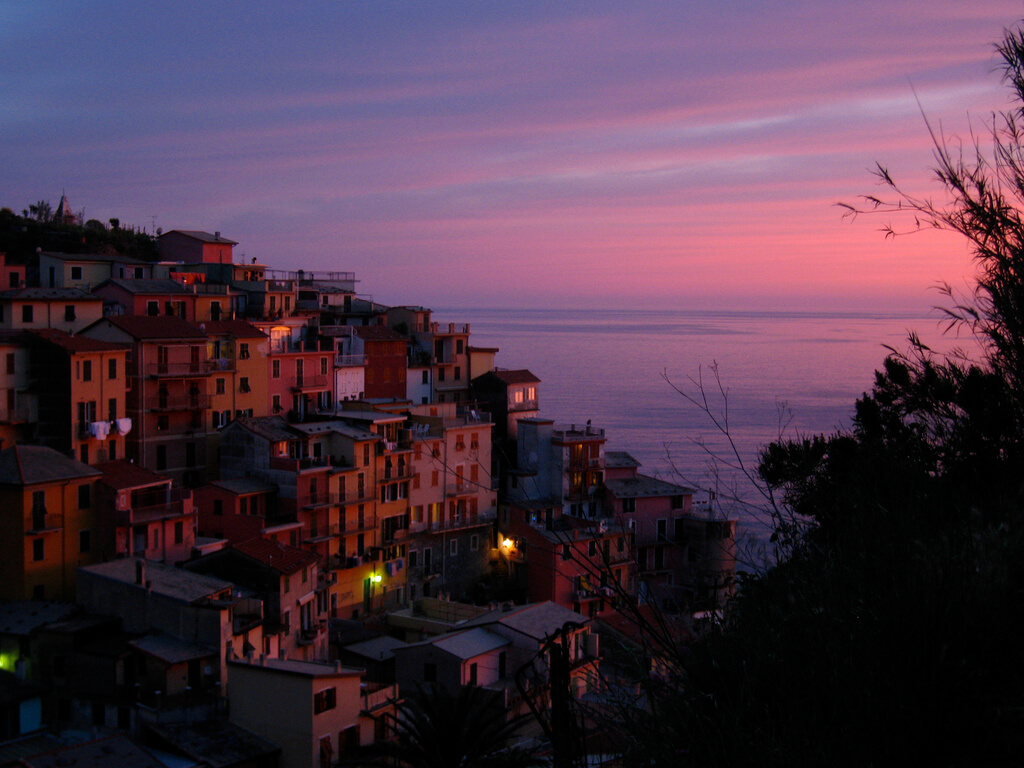 Staying in Levanto can be an excellent excuse to visit not only the city, but also the nearby Cinque Terre, especially if you are looking for your quiet corner in the midst of so much crowd. We have already brought you (virtually, of course!) To Monterosso, Vernazza and Corniglia and today is Manarola’s turn.

Manarola, bigger only than Corniglia, is a small village perched on a spur of dark rock overlooking the sea and, coming from Levanto, is the fourth village of the Cinque Terre that you meet.

It has a small marina enclosed between the rocks and has ancient origins, founded by the inhabitants who moved from Volastra probably in Roman times. Manarola is part of the municipality of Riomaggiore (which we will discuss in a future post) and here we tell you how to reach it from Levanto and what to see.

From Levanto to Manarola: how to get there

As for all the Cinque Terre villages, the easiest and cheapest way to get from Levanto to Corniglia is by train, which in 16 or 18 minutes depending on the train stops will take you to your destination. The trains are very frequent, about three every hour in high season, and in this post you will find the tables with the timetables. The station of Manarola has a view of the sea and leads straight into the village through a wide gallery, while next to the tracks there is a walkway that is always in a tunnel that allows you to reach the nearby station of Riomaggiore.

You can reach Manarola from Levanto by boat. This is the official website of the shipping company and in our post dedicated to travel in Levanto you will also find the table with timetables (always check the validity according to the period).

The Levanto – Manarola route lasts half an hour and the landing is nothing short of spectacular with the pastel colors of the houses perched above the sea. The bus between Levanto and Manarola is not a viable solution for getting around, but there is an electric bus service operated by the Cinque Terre National Park between the town of Manarola and the section reserved for parking for residents, as there is a connection with Groppo and Volastra.

A taxi will cost you between 55 and 70 € from Levanto to Manarola, while traveling by car is not recommended in high season because of the few parking spaces available, however in the outskirts of the town there is a parking lot. From Levanto to Manarola: what to see

As in the other villages of the Cinque Terre, the view of Manarola reveals the presence of colorful tower houses perched on a raised rock jutting out over the sea.

The suburb has a main course in correspondence of a stream now covered and parallel to the course it flows by middle way. The religious and civil buildings of Manarola are concentrated upstream of the inhabited area.

To note the Church of San Lorenzo – patron saint of the town – also called the Nativity of the Virgin Mary. The church dates back to the first half of the 14th century and is in Ligurian Gothic, with a local sandstone facade decorated with a Carrara marble rosette, an ogival portal and an interior with three naves in the Baroque style. The works of art kept inside are also interesting. Not far away is a 14th century bell tower built on the ruins of an ancient lookout tower to control the sea and the Saracen attacks. On the same square of the church we also find the Oratorio dei Disciplinanti.

Among the houses and the “caruggi” we note a curious concrete pyramid painted white: it is a trigonometric signal for sailors. Another curiosity about Manarola is that it also had a castle, where today there is a house with circular walls, visible in Via del Baluardo. Two very scenic spots of Manarola are the last stretch of Via Belvedere, practically overlooking the sea, which ends with the panoramic square named after the poet Eugenio Montale, and Punta Bonfiglio from which a panoramic walkway starts.

Manarola becomes an attraction tourist in the summer, but it also has its moment of glory during the Christmas period, when it lights up the lights of the biggest Nativity Scene in the world every year built on the hill of the “Collora” and solemnly inaugurated on 8 December, while the closing date changes from year to year. The creator and builder of the characters is Mario Andreoli, a retired railway worker.

Outside the town of Manarola, in Volastra, there is one of the five sanctuaries of the Cinque Terre, namely the Sanctuary of Nostra Signora della Salute. Of Romanesque origin, the sanctuary dates back to the 10th century and preserves an image of the XVIIIth century Madonna.

From Manarola there are several paths for trekking lovers, but at the moment of writing we are several inaccessible (such as the famous Via dell’Amore and the Sentiero Azzurro). Another path from Manarola is n. 1 that goes to Volastra and Groppo and with a deviation on the path 6d goes to Corniglia. 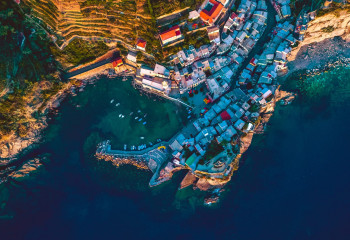 Visit the Cinque Terre from Levanto: how?

THE BEST WAY TO VISIT THE CINQUE TERRE FROM LEVANTO: It is difficult to disentangle between parking lots and winding… 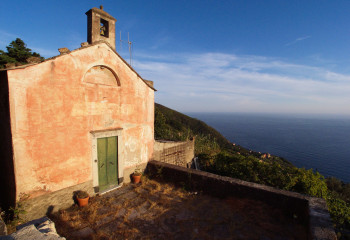